Digital banking ecosystems are beginning to flourish in the UK. Early legislation and adoption of open banking, and the subsequent rise of fintech disruptors, means the UK has had a head start in a number of areas at digital, at least when it comes to the Western world. While the future is still uncertain when it comes to digital, it’s going to be driven by an API-first approach.

In this post we’re taking a look at some key UK digital banking trends such as open banking, and their drivers, and establish some recommendations for large banks’ API strategies to become digital leaders.

Digital banking ecosystems are beginning to flourish in the UK. Early legislation and adoption of open banking, and the subsequent rise of fintech disruptors, means the UK has had a head start in a number of areas at digital, at least when it comes to the Western world.

And the need for digital banking offerings is greater than ever – in response to the COVID-19 pandemic, we saw a rapid shift in the way consumers interact with products and services, but as EY discuss in this recent article, it’s yet to be seen if these changes will be forever as we move into the “new normal”. Therefore, a key part of digital banking is adaptability – the flexibility to respond to changing business models and consumer demands.

While the future is still uncertain when it comes to digital, it’s going to be driven by an API-first approach.

There are 3 measurements to judge emerging payoffs in this API strategy. The first, is a great mobile banking app – for example Barclays, who were named best mobile app in a recent Forrester Banking Wave Report (alongside challenger bank Monzo), as well as offering the best payments and money management capabilities.

The second, is a great API Portal and Developer experience, as demonstrated by banks who appear in the top right quadrant of Innopay’s Open Banking Monitor.

The third measurement is something not many banks are advertising yet, but provides a massive competitive advantage – a holistic catalogue of internal and external bundle-ready digital building block API and Services. Amazon is the benchmark for this and demonstrates a proven approach.

Jeff Bezos’ famous API mandate at Amazon around 2002 stated that all APIs and Services should be designed to be externalized (and therefore as a business decision vs. a technical limitation). This set in motion the migration from a monolithic and hard-to-change ordering system, to what is now 100s of APIs and services driving Amazon AWS, marketplace etc..

This enabled Amazon to move swiftly into launching their own unbundled banking functions as competitors to traditional banks globally, with offerings such as Amazon Pay amongst many others.

This trend for a portfolio of internal and external bundle-ready building blocks is now beginning to grow across verticals, including some public banks advertising their API and Banking-as-a-Service coverage in financial briefings, as a way of showing they’ve unlocked functionality and are in a position to be innovative and responsive.

UK Banks have laid good foundations in their API Strategies, but moving to API Strategy 2.0 is key

UK banks have laid excellent foundations, and many are now meeting the first two benchmarks in digital strategy success, by implementing what we at digitalML call API strategy 1.0:

Banks that are digitally determined, and moving towards benchmark three are now looking beyond this to API strategy 2.0. API strategy 2.0 involves scaling from 10-100 Public APIs to 1000s of bundle-ready building blocks (reusable business and IT capabilities represented as APIs and Services) with consistency and standardisation.

Moreover, large banks are building out this API and Service portfolio in a way that can best leverage hard-to-find talent and expand the audience of APIs and Services – both throughout digital teams and to expose existing functionality (currently locked in legacy).

A modern digital bank has business and IT functions represented as reusable APIs (digital building blocks) in a way they can rapidly reconfigure and combine to plug and play into whichever area of the digital landscape they would want – be that launching new digital consumer offerings on their own, entering into new revenue streams such as BaaS, or embarking on new partnerships to incorporate existing services into their products.

There are some key drivers in the UK space that make this need to take API strategy to the next level even more urgent (in addition to worldwide drivers like customer expectations and technology):

Just over 2 years into the Competition and Markets Authority (CMA) directive, which has made the UK a leader in the development of open banking, what have we seen and learnt?

Open Banking has been seen by some incumbents as just another regulatory box-ticking exercise, but in reality large UK banks are in an unique position to move beyond this to capitalise on digital opportunities that open banking can bring.

Implementing open banking has created a new banking ecosystem in the UK, which poses great opportunities for incumbents to enter into new revenue and value streams. It has also identified the next stage in the open movement – open finance.

While the directive was implemented to encourage innovation and a greater choice for customers, and also replacing slow and vulnerable screen scraping techniques, there have been 2 key initiatives that have come to the forefront of priorities for UK banks as a result of Open Banking:

Both IT modernisation and partnerships are needed to properly support open banking ecosystems and other digital opportunities, and both are supported by APIs and Services.

For large banks to not be outpaced and outmanoeuvred by fintechs, they need accelerated IT modernisation into modularised and lightweight environments – most are looking to a distributed microservices environment and a move to the cloud.

Once modernised, large banks will be able to act nimbly like a fintech, but leverage their existing trust, loyalty and capital to outperform new entrants in direct competition.

API Strategy Recommendation: import existing legacy APIs and Services into a catalogue which provides a complete unified view of the current situation, and enables proper prioritisation and acceleration of modernisation efforts in a safe and secure way

Partnerships with other incumbents, fintechs and non-traditional players is also key to delivering the innovation that Open Banking was designed for. Of course, some banks are focusing on internal innovation to launch new offerings for meeting consumer demands, but for the majority partnerships are beneficial because they:

The big UK banks seem to agree – HSBC’s Head of Customer Propositions and Innovation says that while fintechs were originally seen as a threat to be weary of, “Over time we recognised that some fintechs could build solutions much quicker if we developed them in-house… Now our preference is to build less and partner more. So there’s definitely more to come”.

And it’s not just HSBC – Over 3/4 (84%) of banks are considering new fintech partnerships currently, for reasons including supporting better customer experiences and increased visibility.

For large banks to capitalise on potential partnerships, it’s important for them to have a complete view of business and IT capabilities, represented as APIs and Services. This is so they can not only identify gaps in existing coverage for delivering new offerings (which might best be filled by partnerships bringing functionality in from elsewhere), but also identify the jewels in their existing capabilities to be offered externally to partners.

API Strategy Recommendation: Use a platform that enables APIs and Services representing business and IT capabilities to be developed and reused at speed and scale, alongside a catalogue of existing coverage

Whether large UK banks are building internally or utilising partnerships, what’s for certain is that they need to move to API strategy 2.0 in order to effectively participate in the new ecosystem Open Banking has created.

API governance and standards are key to open banking ecosystems

Standardised and normalised APIs and Services are key to successful participation in open banking/open finance ecosystems. Even for open APIs, the standards for them are in the early stages – maturing with each iteration of the Open Banking Standard. If APIs and Services (both open and internal) are well-governed and standardised, this allows for more seamless integrations between players in the ecosystem, instead of more one-off manual integrations.

API Strategy Recommendation: Use a platform that bakes-in and automates API governance and standards throughout the API and Service Lifecycle, to ensure both Greenfield and Brownfield (and internal and external) are standardised and normalised

During the current transition period now that the UK has left the EU, there is still massive uncertainty around how Brexit will affect multiple aspects of the UK banking system:

UK banks need to become adaptable, and poise themselves to be able to move quickly when the impacts of Brexit become more apparent towards the end of 2020 and beyond – and how quickly they can reconfigure their APIs and Services is going to be a vital part of this.

One thing’s for sure is that if APIs and Services are plug and play, agnostic of code and runtime implementations, and organised as a set of bundle ready building blocks encapsulating business and IT functions, UK banks will be ready to go with whatever changes happen. APIs and Services can be pointed to whatever downstream target is needed quickly and cost effectively.

API Strategy Recommendation: Hold your APIs and Services as a set of
abstracted Designs, agnostic of code and implementation, so that they can be reused across any distributed runtime environment.

UK financial services are dominant in regards to their EU counterparts, so they need to maintain their market lead and the best way to do this is to become adaptive and responsive digital business.

For UK banks to become leaders in open banking/open finance ecosystems, while poising them for however Brexit will affect the landscape, we recommend they use a platform which provides:

A solution that delivers this, such as the ignite platform from digitalML, facilitates open banking digital opportunities to be maximised, while remaining adaptable for what Brexit brings as: 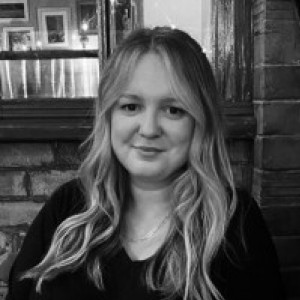 Learn the Best API Practices and Get the Latest ignite Updates

Learn the Best API Practices
& Get the Latest ignite Updates

What can we help you find?

This report helps ensure that your API strategy has proper direction as you create thousands of APIs that unlock business capabilities.